List of Mountains names in India as per Hindu Puranas

Once, while Maharshi Narada was wandering about, he reached Meru parvata / mountain, where he saw the abode of Sri Brahma Deva.

That person held a shankha / conch and a chakra in his two hands. 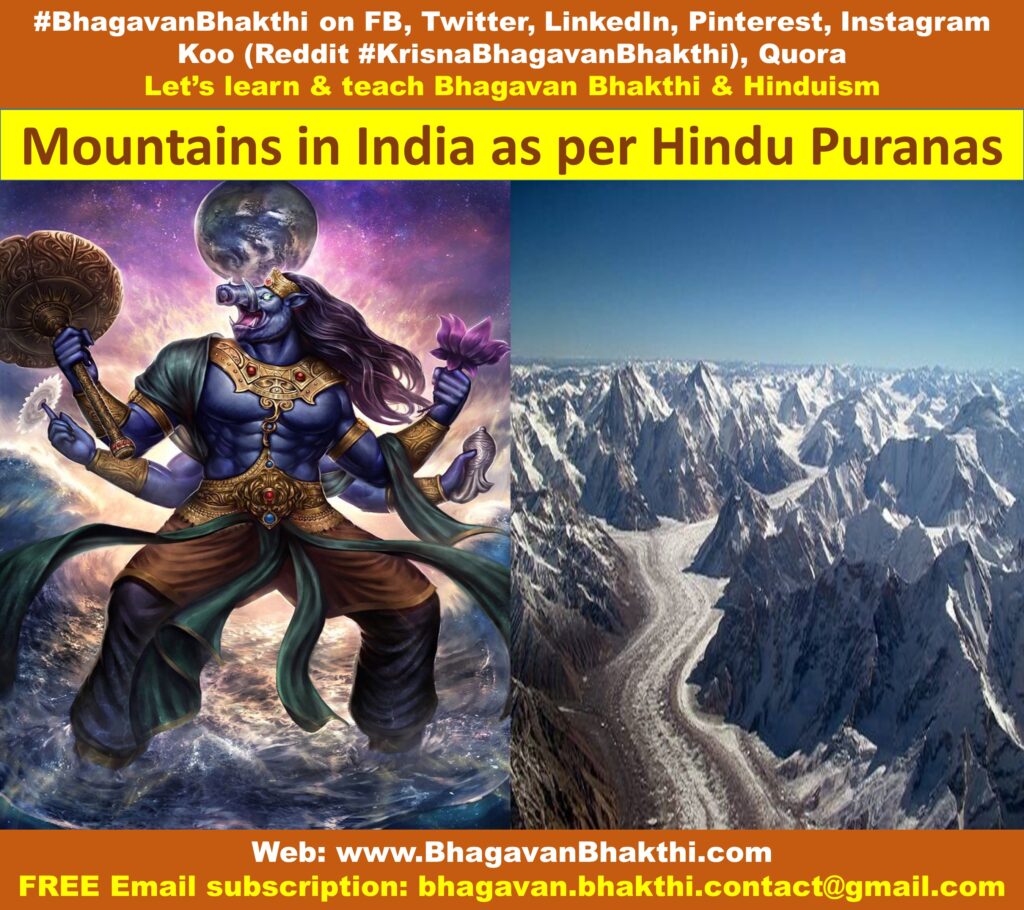 The remaining of his two hands were in the postures of giving blessings.

Maharshi Narada was very surprised to see that divine person being surrounded by Rishis / Sages like Vashishtha, Atri, Markandeya and Bhrigu.

After paying his eulogy to him, Maharshi Narada stood in a corner.

In the meantime, Mother Prithvi (earth) arrived there with her two companions, that is, Ila and Pingala.

Mother Prithvi (earth) was curious to know about the identities of various mountains, which Bhagavan Sri Varaha Swamy had established on her.

Bhagavan Sri Varaha Swamy told Mother Prithvi about the prominent mountains as below:

All are situated to the north of Himalaya. 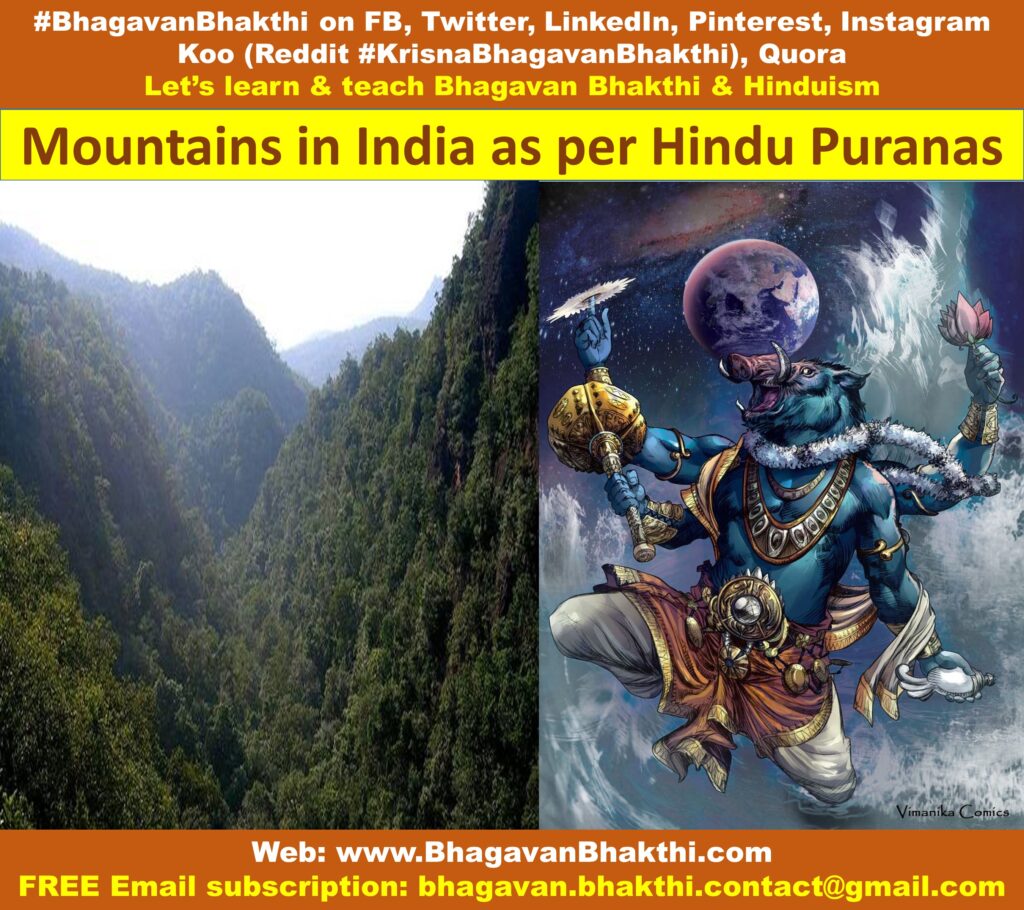 The mountain ranges situated to the south of Himalaya are:

All Rishi / Sages believe that Bhagavan Sri Maha Vishnu had his abode in:

On their way, Mother Prithvi requested Bhagavan Sri Varaha Svami to reveal the sacred mantra, chanting of which makes him pleased.

The secret mantra that pleases me to no limits is:

This mantra is capable of liberating a man and also brings all sort of worldly accomplishments to him.

In the first Krita yuga, a Manu named Dharma had realized me by continuously chanting this mantra.

Even Indra regained the control of heaven by chanting this great mantra.

Ananta Shesha, the Lord of all sarpas / serpents, chanted Varaha mantra and as a result became capable of holding the earth on it’s hood.