What are the names of hells (narakas) in Hinduism

If one worships Bhagavan Sri Vishnu with flowers and especially with Tulasi, or one who always make the smarana (chanting) of Bhagavan Srimann Narayana, then that person would never go to Naraka.

There are several such Narakas. Although people do not wish to die or if they die also they would never ever would dream to go to Naraka, they are bound to die once their predestined time span on earth has been exhausted.

One then has to pay for whatever sins one might have committed. The sinners suffer and those who have performed good deeds are naturally rewarded.

There are in fact two gates that lead into Yamaloka. 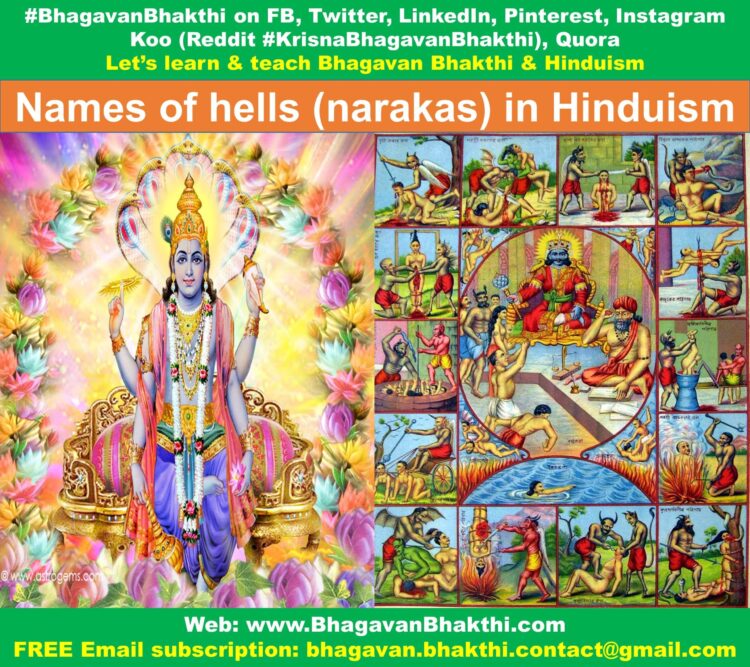 Yama’s servants bring the evil to him through the southern gate and Yama Deva then dispatches them to the various hells as given below:

1. If one kills a cow, one has to spend one lakh years in a naraka known as Mahavicha.

2. If one kills a brahmana or steals land, there is a burning naraka named Amakumbha that one goes to. There one suffers till the day when the universe is destroyed.

3. A killer of women, children or old men stays in Rourava naraka for the span of fourteen manvantaras.

4. An arsonist is sent to Maharourava and burnt there for an entire kalpa.

5. A thief goes to Tamisra, where he is continuously pierced with spears by Yama’ servants for several kalpas. After that, a thief is taken to Mahatamisra to be bitten by snakes and insects.

6. If you kill your father or mother, you will be sent to the hell called Asipatravana. There you will be continuously sliced into pieces with swords.

7. If you burn someone to death, you will go to Karambhavaluka where you will be placed on burning sands. 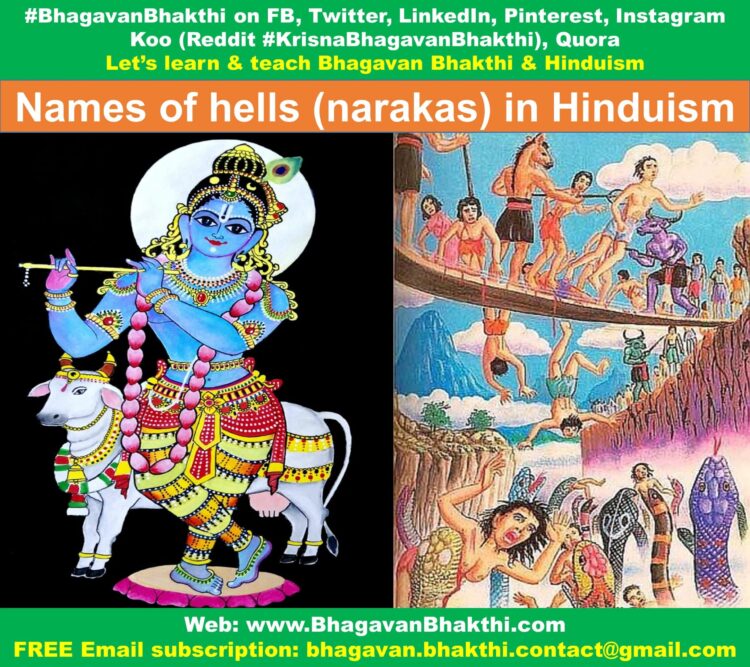 8. A person who eats sweets alone goes to Kakaola and is fed only worms.

9. A person who does not perform yajnas (in Kaliyuga if one doesn’t do Pooja and / or Sri Hari naama smarane) goes to Kuttala and is fed blood.

10. An oppressor is sent to Tailapaka and is crushed like an oil seed there.

11. A liar is sent to the naraka named Mahapata.

So stay alert, only Bhakthi towards Bhagavan can avoid all these Narakas. 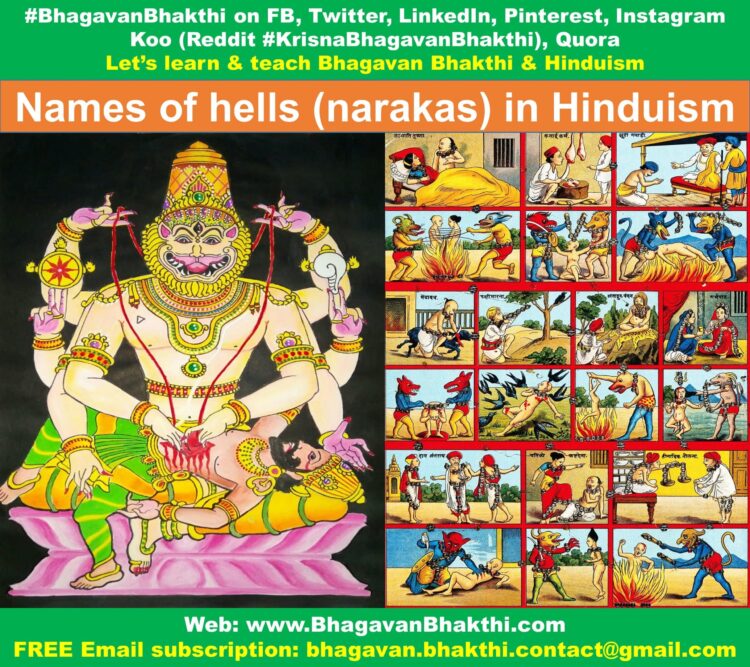 Only chanting OM NAMO NARAYANAYA and following the right Sanatana Dharma are the only cures.