What are Mallikarjun JyotirLinga unknown facts

Namaste friends, how are you doing today? Lord Shiva blessings to you and your  family!

Just before moving the story of Mallikarjun Jyotirlinga, let us very briefly know about the beautiful family of Lord Shiva.

Lord Shiva is the head of this family. His consort name is Sri Parvati Devi. They have two sons namely Ganesha and Kartikeya.

Ganesha has divine elephant face, while Kartikeya has 6 heads and thus Kartikeya is known as as ‘Shanmukha’ (Here Shan + Mukha. Here Shan = 6 and Mukha = face). They all stay in a divine place called Kailasha.

With all these four of them, there are multiple other divine people living in Kailasha. Few of the names are Nandi, Bhrungi, many Ganas etc. 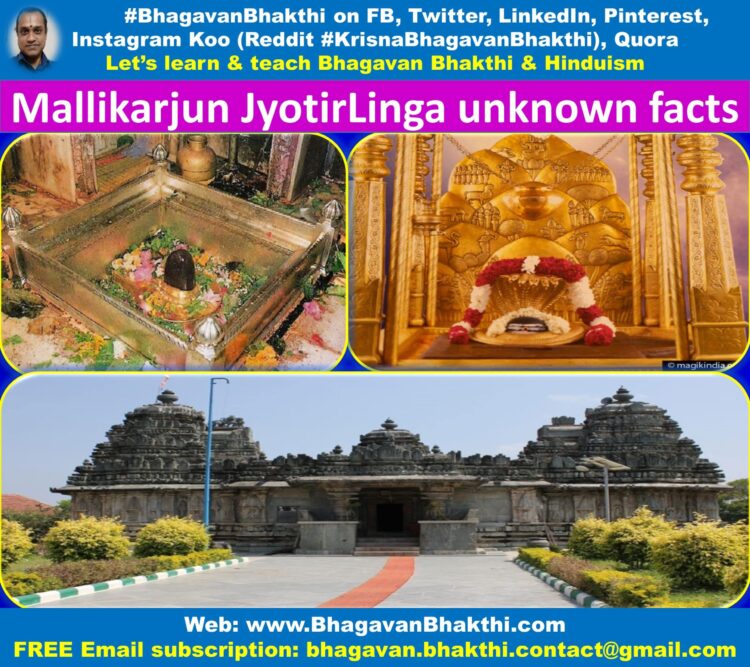 2. Both Ganesha and Kartikeya wanted  to marry : Both sons wanted to get married. And Shiva and Parvati found it difficult to decide who should be married first. The other one was bound to feel hurt. Both the sons were equally dear to them.

3. Lord Shiva and Parvati plan for a test : They decided to have a test. They called Ganesha and Kartikeya to them and said, We have devised a competition. Both of you have to travel around the world and return here. 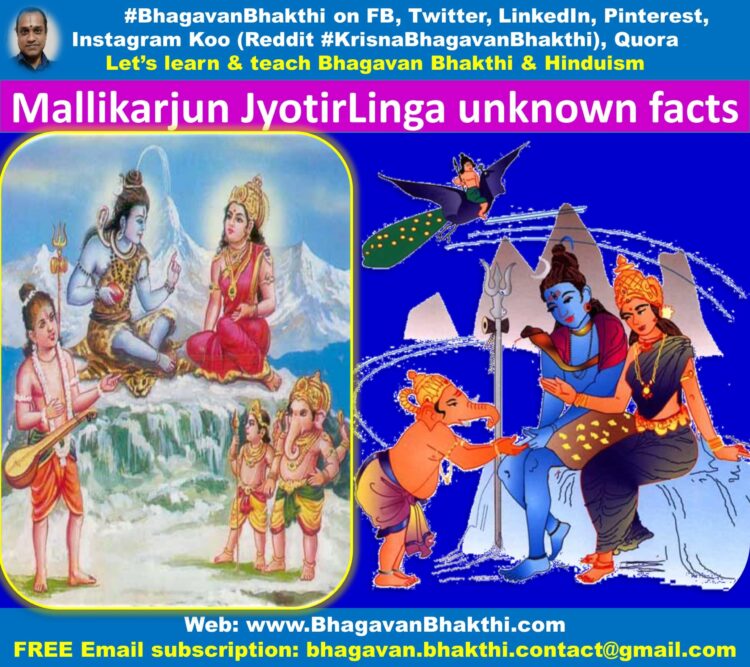 5. Race started : As soon as these words were out, Kartikeya dashed out on his journey. But Ganesha tarried and pondered. He realized that this was a task that was impossible for him to accomplish. He found it difficult enough to travel a couple of miles. 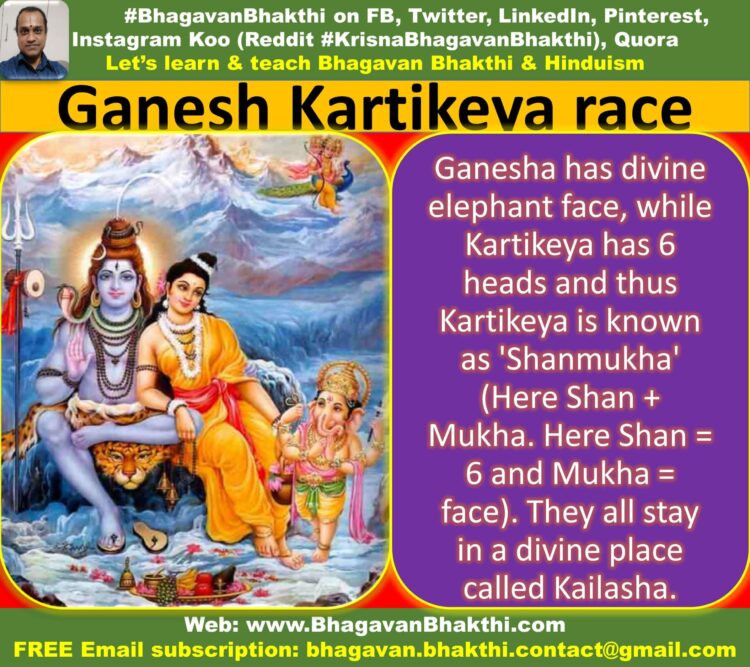 7. Ganesha stayed back : What do you mean, exclaimed Shiva and Parvati. Didn’t you hear what we said? We asked the two of you to travel around the world and come back. You’d better hurry. Kartikeya has already left. If you don’t take care, he will beat you to it.

8. Ganesha already completed the race : But I have already been round the world seven times, replied Ganesha. Haven’t I circled the two of you seven times?

9. Vedas about circling parents : The Vedas say that circling one’s parents is the same thing as circling the world. If you do not wish to argue that the Vedas are wrong, then you have to agree that I have circled the world seven times.

10. Shiva and Parvati was unable to argue about Vedas : Shiva and Parvati could not very well argue that the Vedas were wrong. They therefore had to accept Ganesha’s logic. Arrangements were made for his wedding. Vishvarua, the son of Kashyapa, had two daughters named Siddhi and Buddhi. 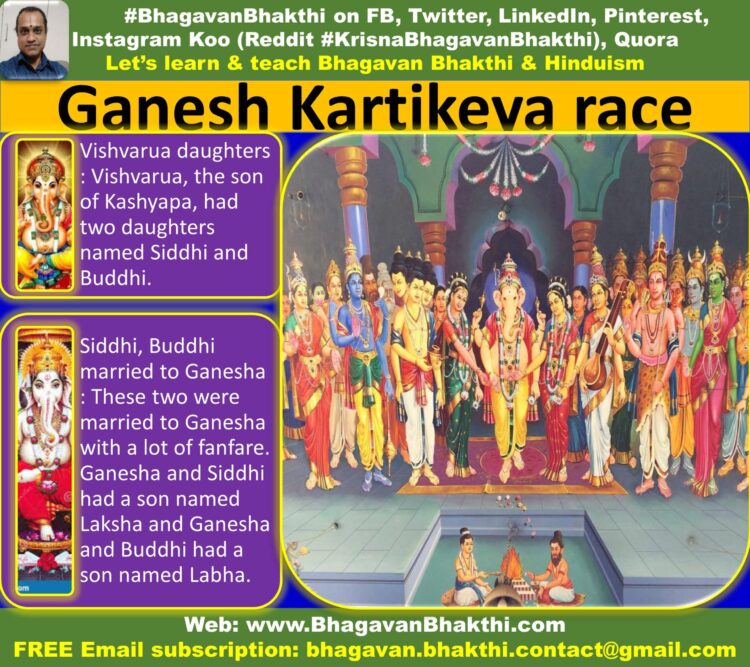 14. Kumara meaning : That is the reason why Kartikeya is called Kumara, someone who is unmarried. But after some time, even Kartikeya got married. 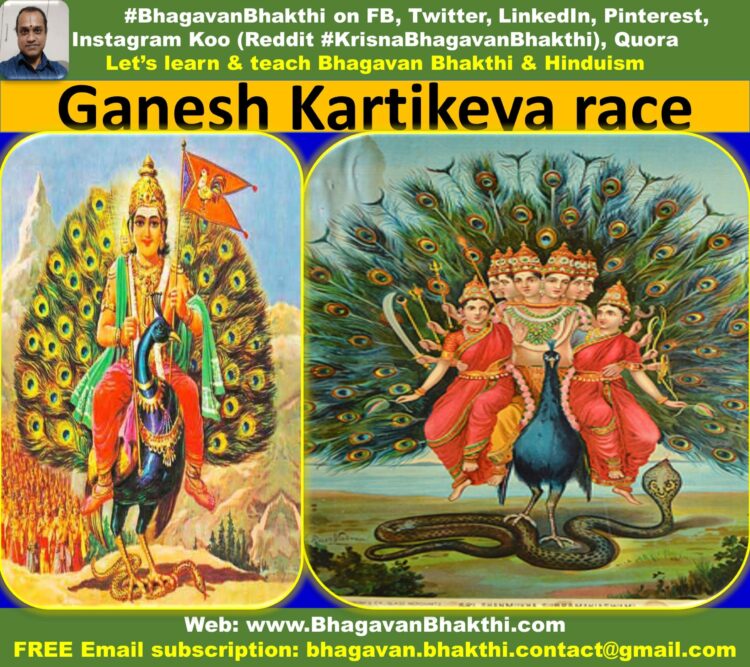 After reading the above legend, You already know that Kartikeya felt cheated when Ganesha got married. He decided that he would not live with Lord Shiva and Parvati Devi any longer, and began to live on the mountain Krauncha.

Parvati Devi was miserable that her son had left her.

But Kartikeya would not return.

Lord Shiva and Parvati Devi then went to visit Kartikeya themselves, but Kartikeya would not let them get too close.

Lord Shiva and Parvati Devi started to live at a place that was about six miles away from where their son was living.

They are always there, so as to be near their son.

This place is known as Mallikarjuna.