“During ancient times, there used to live a virtuous king named Ashvashira. He had performed an Ashwamedha yagya in which he had donated large amount of wealth.

Once, sage Kapila arrived at his palace accompanied by sage Jaigishavya. King Ashvashira received both his distinguished guests with due honour. 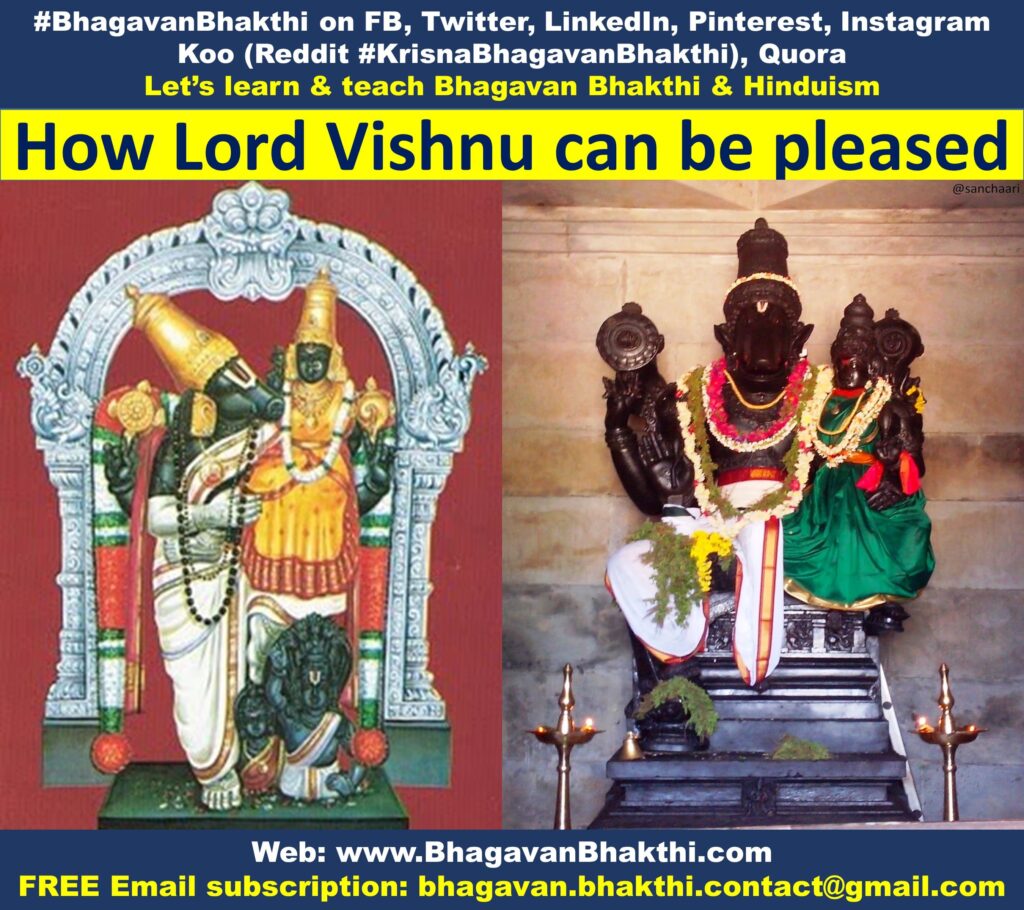 Both the sages being enlightened souls realized that Ashvashira was asking this question out of his ignorance.

So, they decided to enlighten him on the omnipresent nature of Bhagavan Narayana and said –

‘What do you mean by pleasing Bhagavan Narayana? Can’t you see two Narayanas standing in front of you?’

But, Ashvashira was unamused and unconvinced so he replied –

‘I don’t deny that both of you possess supernatural powers and also that all your sins have destroyed on account of the virtues attained by doing penance.

But, I don’t believe your claim to be Bhagavan Narayana. Bhagavan Narayana is the almighty God and the supreme deity. He holds a conch, a chakra and a mace in his hands. He wears pitambara and has Garuda as his mount. His glory is indescribable and incomparable.’ 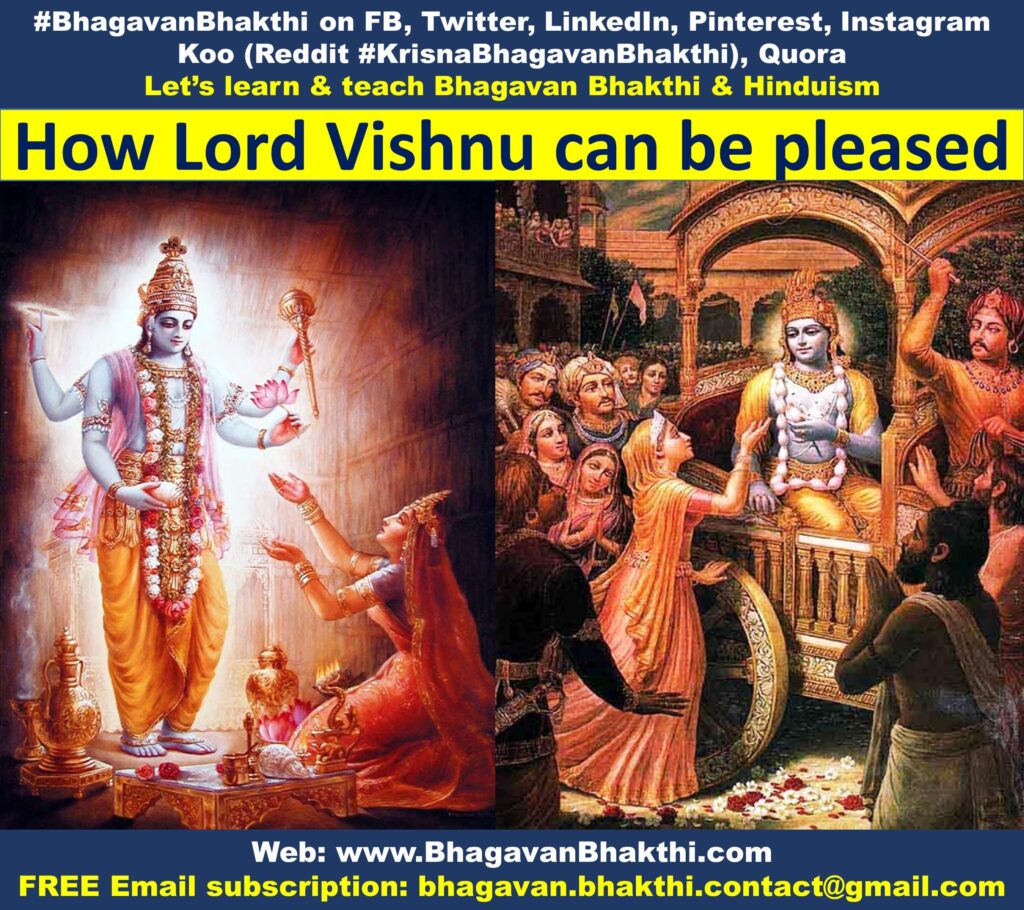 ‘How can I accept you to be Bhagavan Narayana as there is no sign of lotus manifesting from your navel in which Lord Brahma has his abode.’

Sage Kapila then slightly transformed his appearance and created an illusion where by a lotus flower emanating from his navel became visible to Ashvashira.

Sage Jaigishavya sat on that lotus flower in the guise of Lord Brahma. Not only that, they also created an illusion due to which all types of living creatures inside the palace premise.

Now, Ashvashira was really confused and requested both the sages to break the magic spell. Both the sages decided not to test the limit of Ashvashira’s patience and so, they transformed their respective guises into their original appearances.

Both of them said – ‘Bhagavan Narayana is one, but can manifest himself in countless forms. The whole universe is HIS creation and HE is present in every single creature.

It is impossible for a mortal being to bear the radiance of almighty Bhagavan Narayana and it is only when HE appears in his more gentle form that the enlightened person is able to see him.

Therefore, you should engage yourself in the service of mankind, considering each human being to be the medium through which Bhagavan Narayana manifests himself. 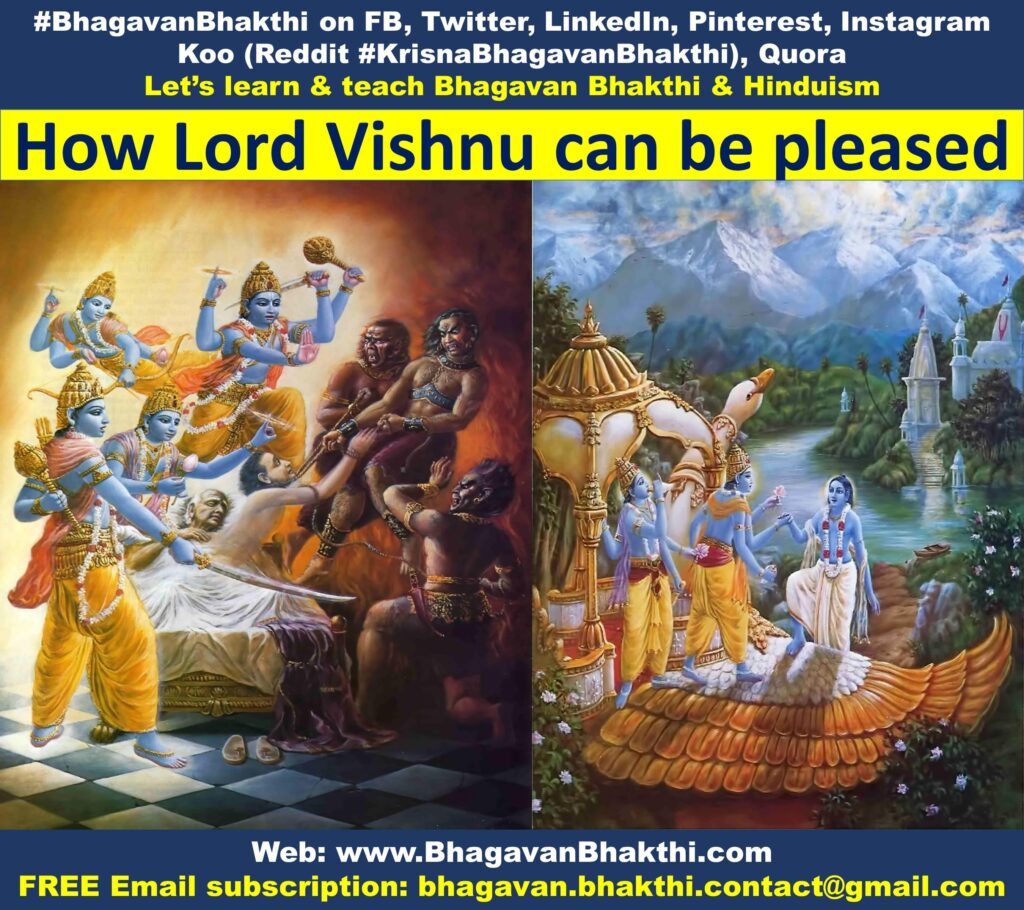 Ashvashira was satisfied by the explanation given by both the sages but there was still one question bothering him a lot so, he asked –

‘Who is most likely to attain salvation – a knowledgeable person or a person who indulges in rightful deeds?

‘Once, sage Raimya and king Vasu had asked the same question to sage Brihaspati. At that time Brihaspati had replied that anybody who performed his duties with a sense of detachment  (nishkama) is sure to attain salvation and to prove his point he had narrated the following tale –

‘During ancient times, there lived a brahmin named Sanyamana. He was the descendant of sage Atri. One day, while he was going to take his bath he met Nishthoora – a fowler, who used to catch birds and animals for his livings.’

Why do you trap innocent birds and animals?

‘The almighty God is present in each living creature. One who is desirous of attaining salvation must under no circumstances allow his ego to dominate him.

The ‘doer’ is not the man but the supreme Almighty present in him. Keeping this fact in his mind a man should perform his duties with no challenge and a sense of detachment.

If I earn my livelihood by catching birds and animals then it is the will of almighty’.

To prove his point, the fowler spread his iron – net and kept dry blocks of wood underneath it and then requested Sanyamana to ignite those blocks.

Sanyamana was surprised but burnt the wooden – logs as per the fowler’s instruction.

In a short time all the wooden – blocks became ablaze and the flames started coming out from the thousand of small holes of the iron-net.

The fowler then told Sanyamana that although the flames coming from each hole appeared to have distinct sources, yet the fact was that the flames manifested from the single source – wodden blocks that were burning beneath the iron-net. 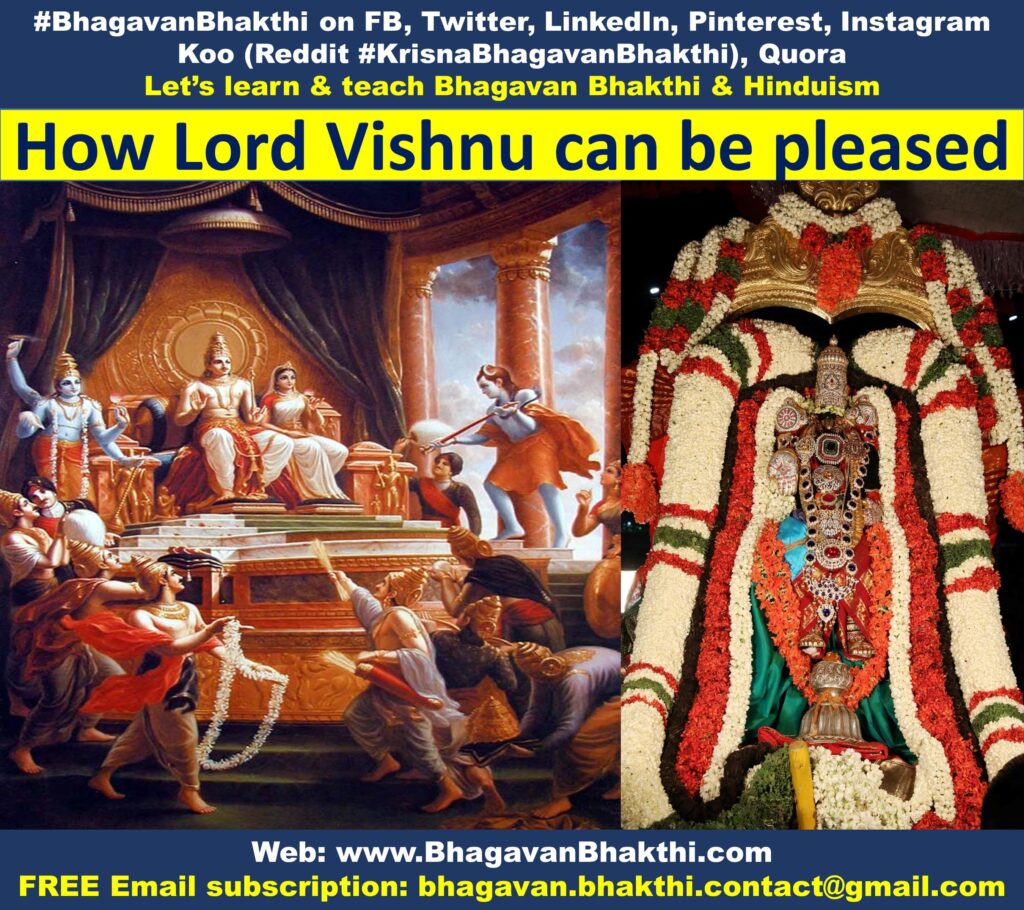 The fowler said – “It was impossible to extinguish the fire until and unless the source of the fire was extinguished. Each hole of the iron-net can be compared with an individual and the almighty God with the source of fire.

A man does what God wills and he can never experience sorrow provided he constantly remembers the Almighty even while he is performing his daily chores”.

Sanyamana was very much impressed by the fowler’s wisdom.

“Now it must be evident to you that salvation is within the reach of any individual. It does not make much difference whether the seeker of salvation is a householder or a hermit aspiring for knowledge.”

“King Ashvashira was so impressed by Kapila’s preachings that he went to Naimisharanya and spent his rest of his life in the service of Bhagavan Narayana.

Once, while he was performing yagya, suddenly Bhagavan Vishnu manifested himself from the altar in the form of a brilliant effulgence and the identity of Ashvashira merged with it.

This way, Ashvashira got united with Bhagavan Vishnu by the virtue of his deep devotion.

The meaning of the above story is not that killing innocent animals is correct according to our Sanatana Dharma.

But a hunter’s job is hunting, similarly a Brahmana’s job is teaching, a Kshatriya’s job is protecting, a Vaishya’s job is business and a Shudhdra’s job is supporting all the other varna people.

To know the real meaning of the “Chatur Varna” (four Varna) in our GREAT SANATANA DHARMA, you can visit my other post. The link of that post is as given below:

PS: This is been taken from Varaha Purana.