What is Arjuna and Lord Shiva fighting story (Pashupatastra story)

Namaste friends, how are your doing today? Bhagavan Sri Krishna and Lord Shiva blessings to you and your family!

Duryodhana had robbed the Pandavas of their rightful share of the kingdom in a game of dice. As a result of this, the Pandavas had to spend 12 years in forest and one year in exile.

While they were in the forest, Bhagavan Sri Veda Vyasa Ji (remember he is also an avatar of Sri Hari) came to visit the Pandavas.

Bhagavan Sri Veda Vyasa Ji told them that they should pray to Lord Shiva.

But since Arjuna was the best suited amongst the Pandavas for worshipping Lord Shiva, Sri Veda Vyasa Ji taught Arjuna a special mantra (incantation). 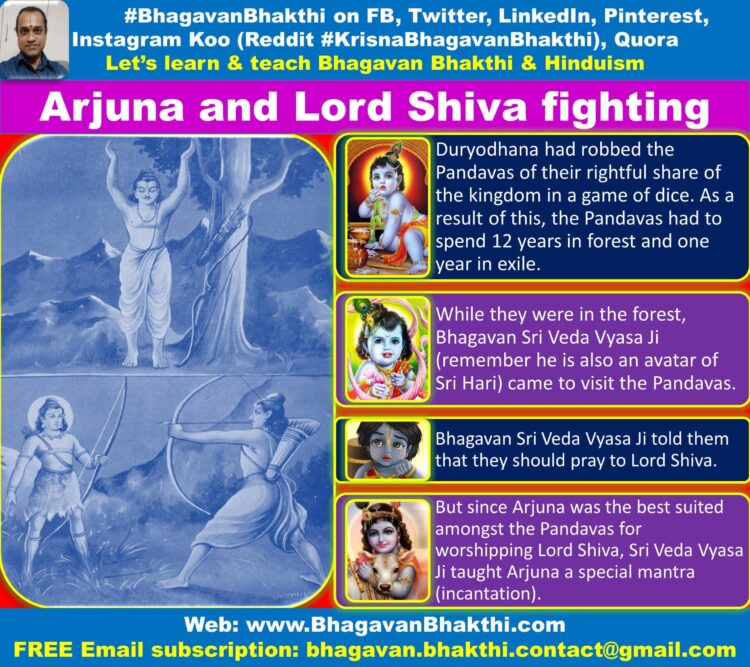 Then Bhagavan Sri Veda Vyasa Ji asked Arjuna to go to parvata / mount Indrakila and pray to Lord Shiva there.

Parvata / mount Indrakila was on the banks of the river Bhagirathi.

Arjuna made a Linga out of clay and started to pray to Lord Shiva.

The news of Arjuna’s wonderful tapasya / penance spread everywhere. Arjuna stood on one leg and continually chanted the mantra that Sri Veda Vyasa Ji had taught him.

Suddenly, Arjuna saw a boar. Arjuna thought that this fierce boar might have come to distract him from his tapasya / penance.

Alternatively, it might be a relative of the several demons that he had killed and therefore might wish him harm.

Thinking thus, Arjuna picked up his bow and arrow and let fly an arrow at the boar.

Meanwhile, Lord Shiva had decided to subject Arjuna to a test and he had also arrived at that spot disguised as a hunter. 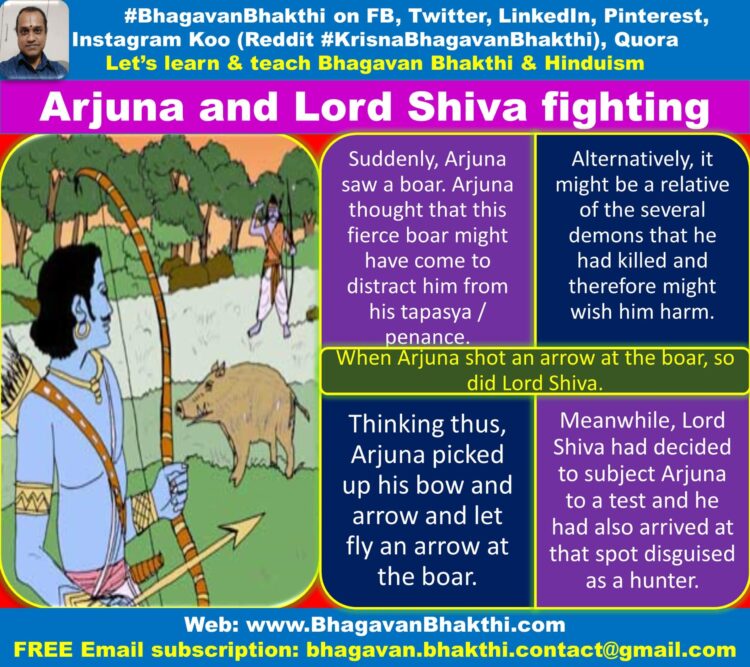 When Arjuna shot an arrow at the boar, so did Lord Shiva.

A dispute started between Arjuna and the hunter about who had killed the boar.

Each claimed it for his own. They began to fight.

But whatever weapons were hurled by Lord Shiva were easily repelled all of Arjuna’s weapons.

When all the weapons were exhausted, the two started to wrestle.

After the fight had gone on for a while, Lord Shiva gave up his disguise of a hunter and displayed his true form to Arjuna. 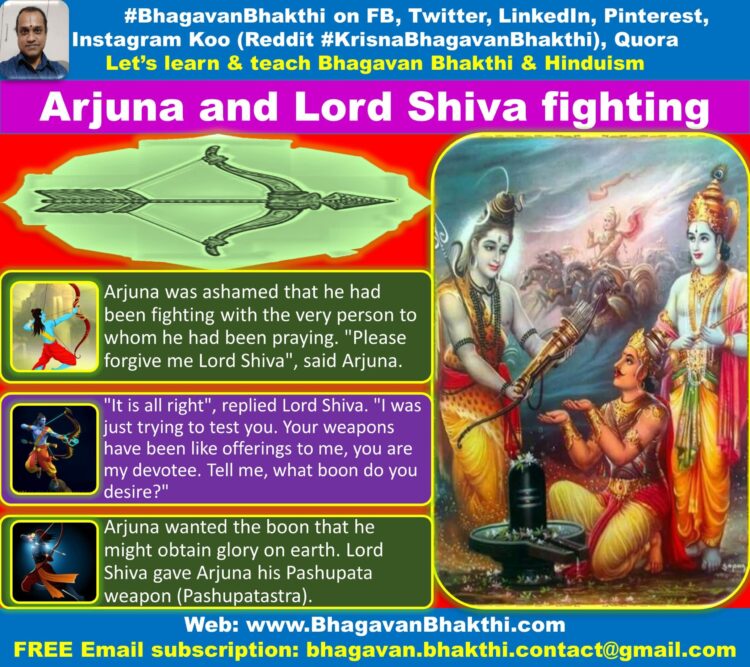 Arjuna was ashamed that he had been fighting with the very person to whom he had been praying.

“It is all right”, replied Lord Shiva. “I was just trying to test you. Your weapons have been like offerings to me, you are my devotee. Tell me, what boon do you desire?”

Arjuna wanted the boon that he might obtain glory on earth.

This was such a divine weapon that its possession made Arjuna almost invincible. 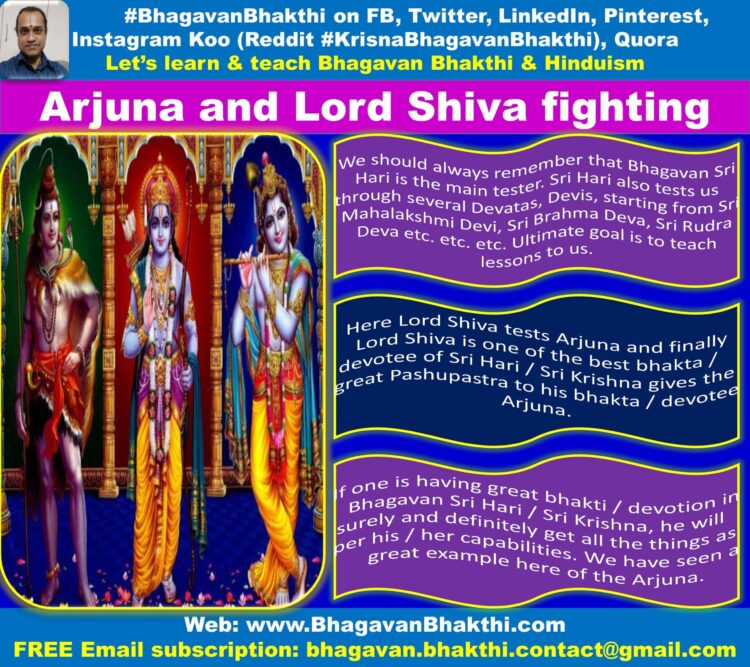 If one is having great bhakti / devotion in Bhagavan Sri Hari / Sri Krishna, he will surely and definitely get all the things as per his / her capabilities.

We have seen a great example here of the Arjuna.