Hinduism is the most perfect Dharma on this earth. Hinduism is not a religion. 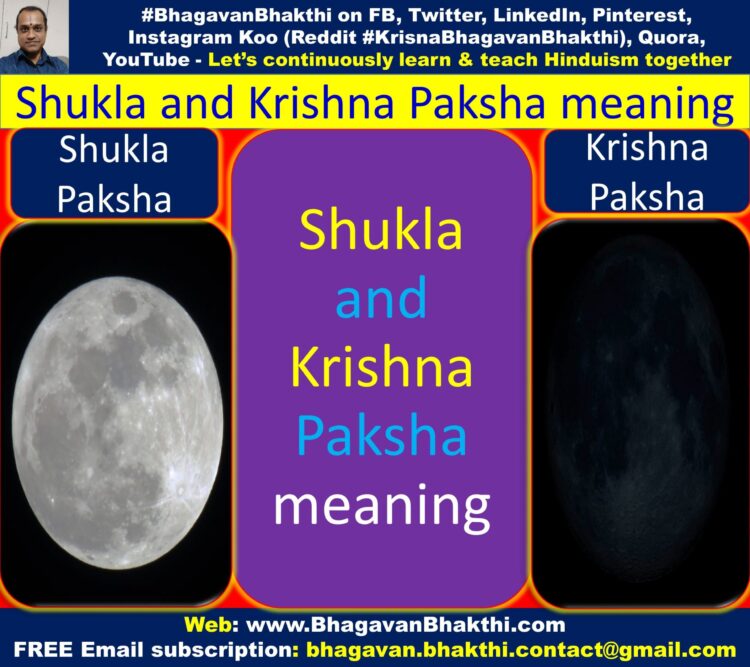 I am not at all talking about religion here. I want to make you understand the words Shukla Paksha and Krishna Paksha and thus I am using the names like Dharma, Lord Vishnu etc.

Sanatana also means which is opposite of ‘anatha’, that is, orphan. Sanatana Dharma can never be anatha (orphan).

Sananata Dharma was first started by directly Lord Vishnu. Sanatana Dharma is as old as Lord Vishnu himself.

Now, let us understand the meaning of the words Shukla Paksha and Krishna Paksha in a very simple way.

Both Shukla and Krishna are the names of Lord Vishnu (Krishna / Rama) himself.

Meaning of Shukla – In Sri Vishnusahasra Nama, the first shloka itself starts from the word Shukla as given below:

Meaning of shloka (Not the full meaning – Only the Shukla related meaning) : Here Lord Vishnu is called as śuklāmbaradharaṁ viṣṇuṁ

O Lord Vishnu, you are the one who have the color like the wide white sky (brightest). 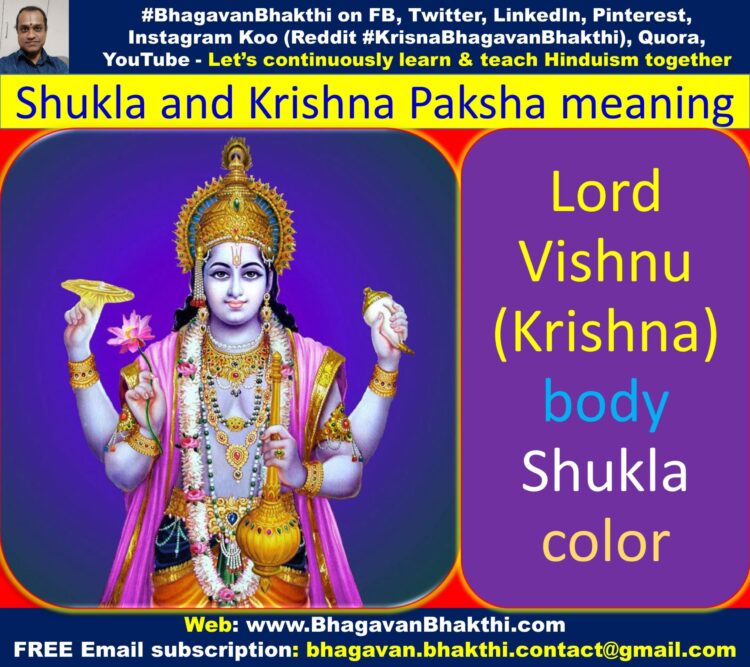 Here nīla mēgha varṇaṁ – means, Lord Krishna (Vishnu) is someone who has the “body color of cloud – just before the rain“. 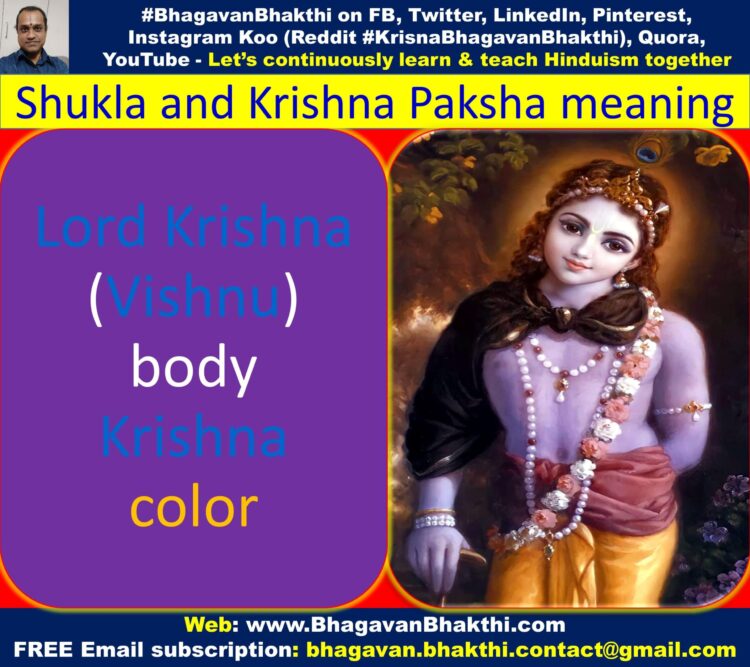 Lord Vishnu (Krishna / Rama) have both colors, that is, brightness and darkness and thus he is known as Shukla and Krishna.

But we should always remember that, Lord Vishnu has both the colors, that is, brightness and darkness.

Also we should note that, there is no difference between Lord Vishnu or any of his avatars like Lord Krishna, Lord Rama etc.

Let us know the meaning of Shukla Paksha and Krishna Paksha now:

In English it is called as waxing, that is, from waning Moon (dark Moon) towards waxing Moon (bright Moon). 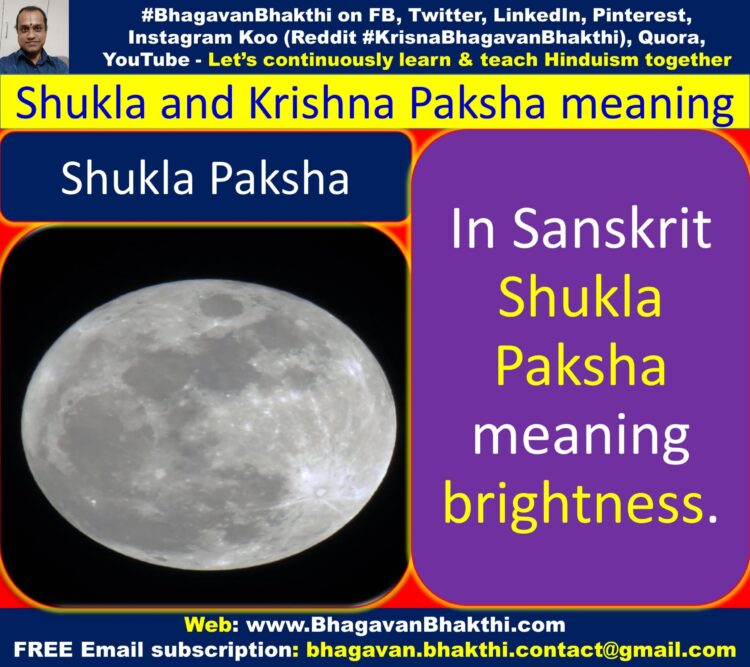 In English it is called as waning, that is, from waxing Moon (bright Moon) towards waning Moon (dark Moon). 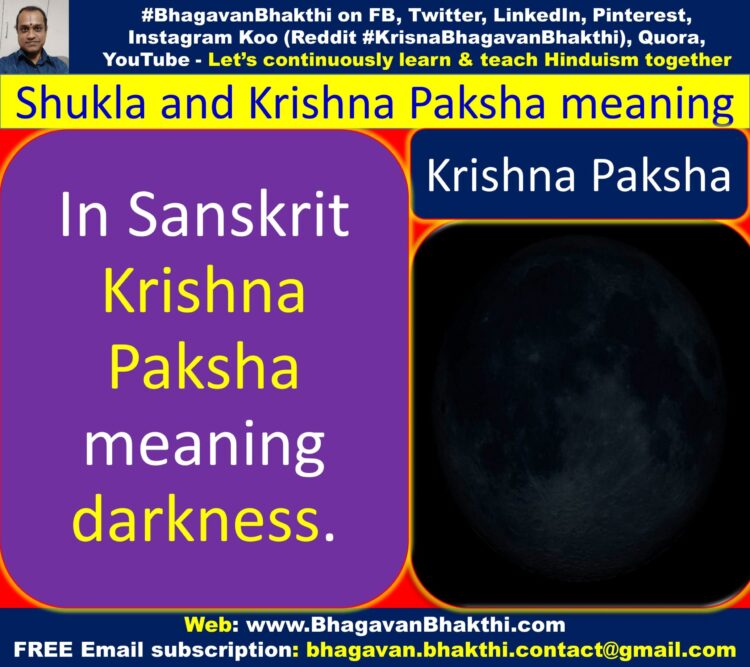 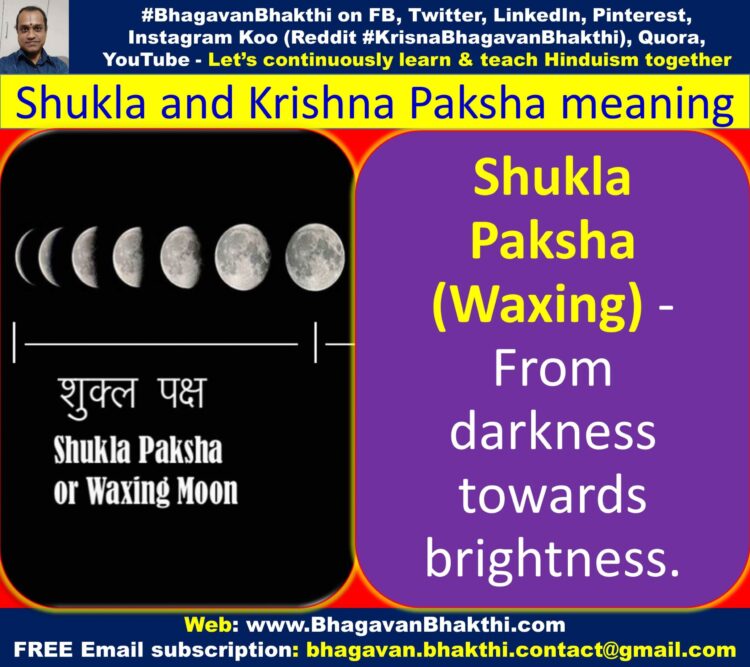 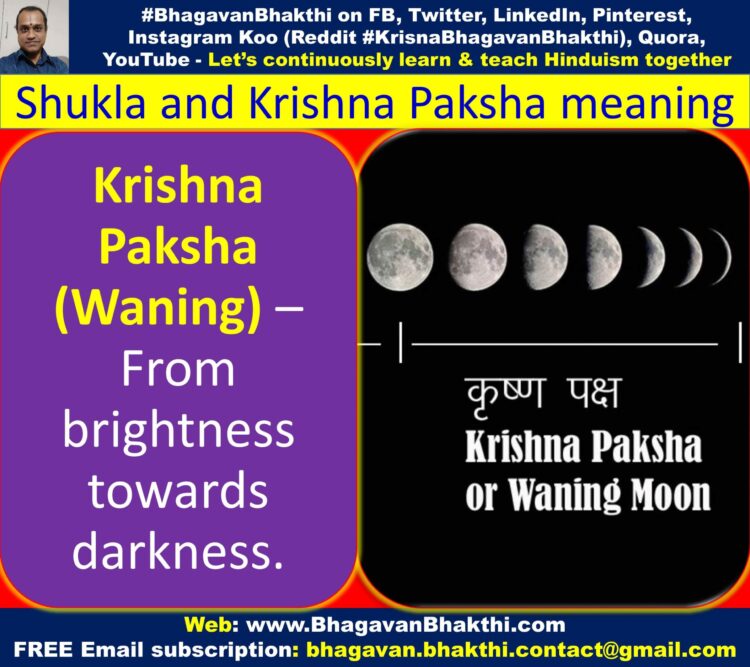 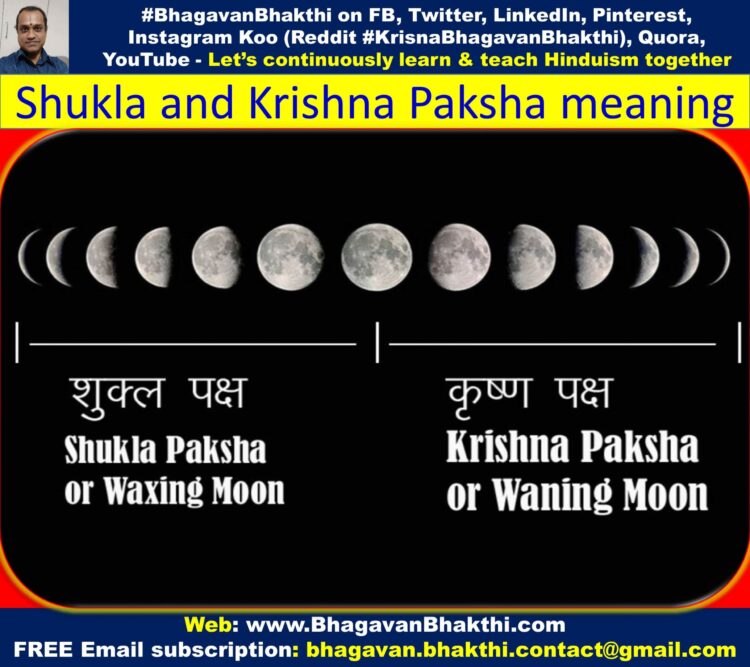 To know “Hinduism unknown facts“, please visit the below link: